«There is no such thing as a flat surface.»

At first, this may seem like an odd and perhaps even somewhat provocative statement. Upon further consideration, however, it turns out to be nothing but a plain truth – for once it is sufficiently magnified, everything which we perceive as a flat surface reveals itself to be a relief, a landscape with peaks and troughs.

A flat surface is a mirage, an illusion – and the perfect example of how the world around us is often very different than we imagine. Within this observation lies a philosophical principle that is central to the artistic oeuvre of David Pflugi.

In the 25 years since he devoted his life to the full-time creation of art, David Pflugi has become the creator of approximately 1500 works so far, ranging from small objects to room-size sculptures. His achievements in this time have been remarkable: Although he has remained fully independent throughout his career to date, his works have proved highly successful in the market. Works by David Pflugi are on display as permanent installations in public spaces in several locations internationally, including the Commerzbank Tower in Frankfurt am Main, Germany. Performances organised by him in various locations internationally, including the Acropolis in Athens and the Brandenburg Gate in Berlin, were the subject of global media attention.

What is most deserving of attention is the nature of his artistic output: David Pflugi is the creator of a completely unprecedented style of art, which he has named Fusionism. Fusionism brings together the disciplines of sculpting and painting, merging them with new media, the human body, and cutting-edge technology. In its most basic form, fusionist art consists of creating sculptures and reliefs, and then adorning them with multiple highly complex, painted anamorphic illusions. The individual motifs are fully discernible only when a work is viewed from certain specific perspectives. Viewers are therefore forced to move around before an object in order to acquaint themselves with its secrets, constantly questioning their own previously held assumptions about the work they are viewing.

This technique allows David Pflugi to juxtapose different motifs and subjects, exploring their contrasts and commonalities. In the spaces between these motifs, the images collapse into a wild dance of abstract visuality and untamed colour. The process of viewing a work becomes a journey of discovery, requiring almost child-like curiosity and playfulness, as well as great openness of mind.

What began as an evolution of cubism brought into the third dimension has since become something far greater, arousing not only public acclaim and the keen interest of collectors, but also academic attention.
Learn more: DavidPflugi.com 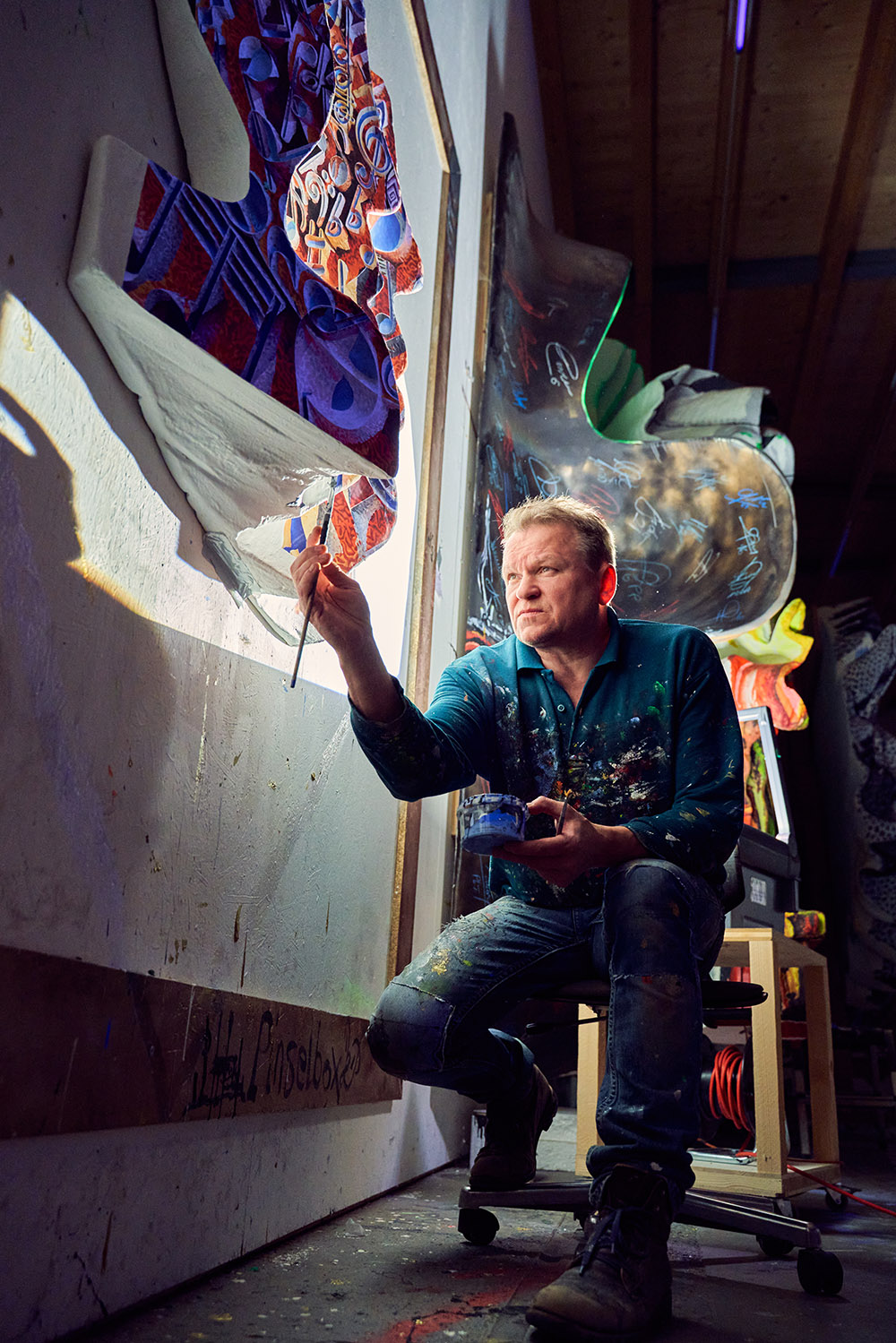 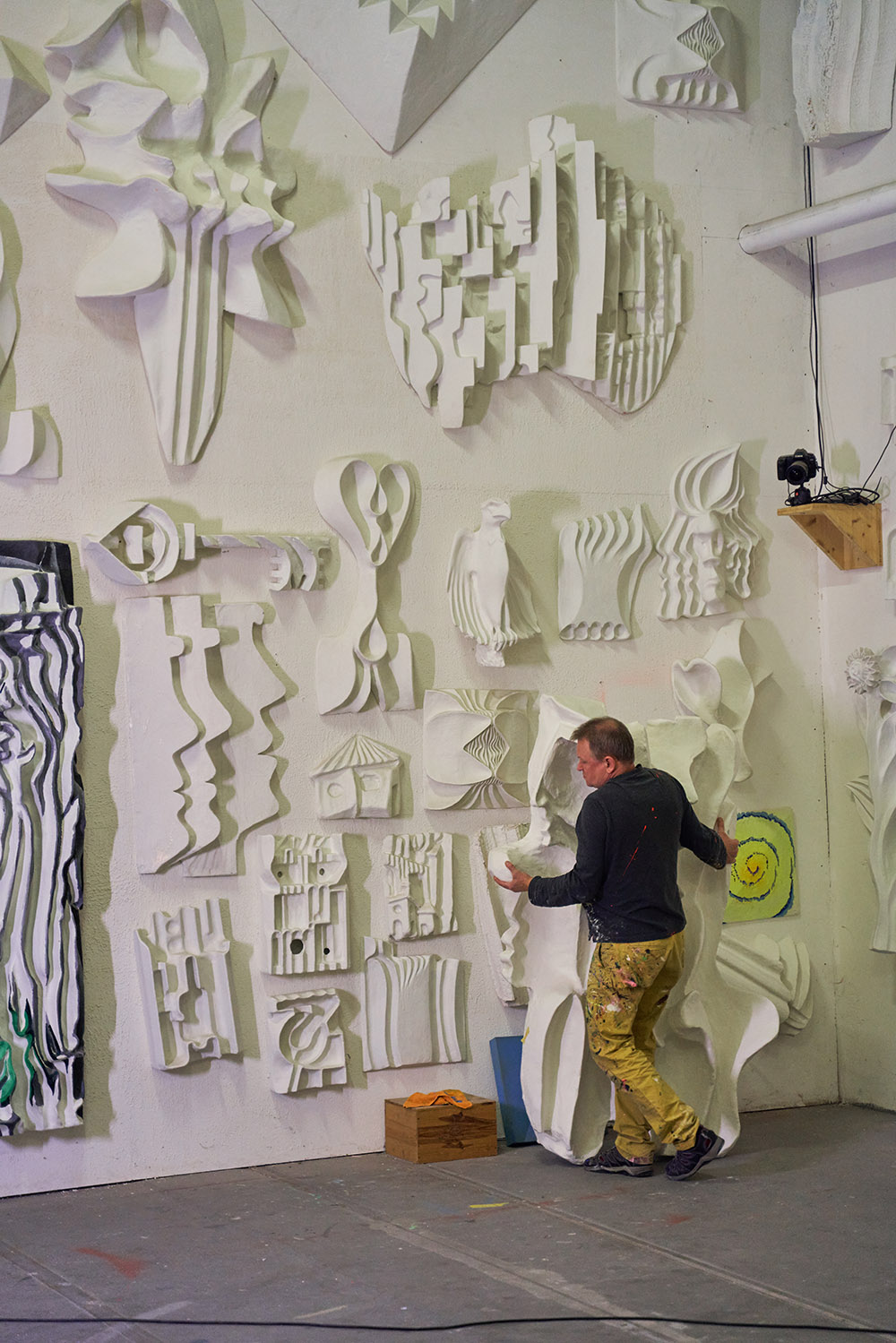 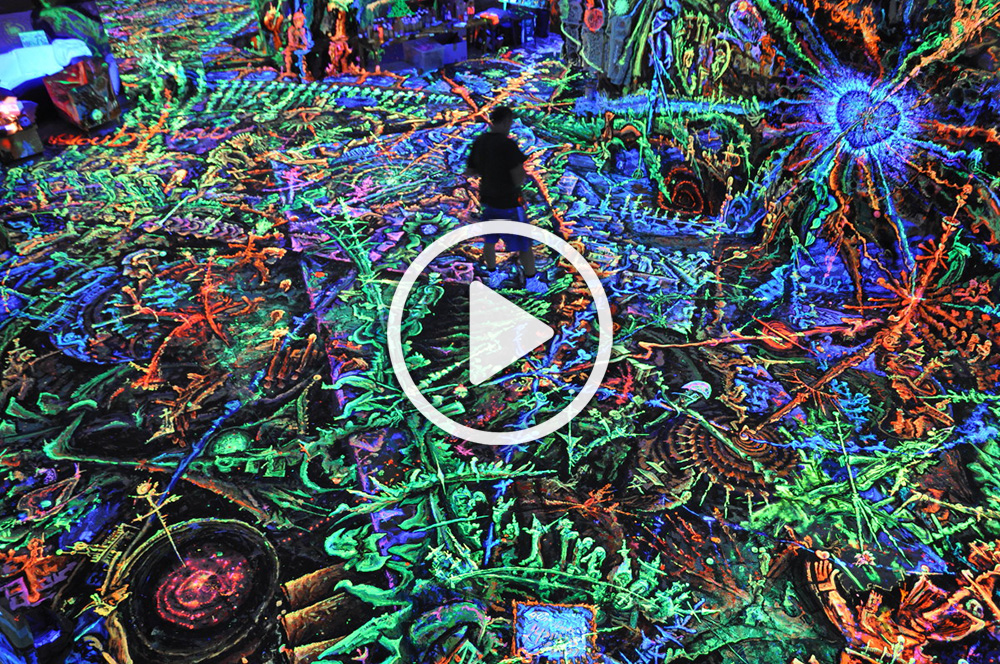 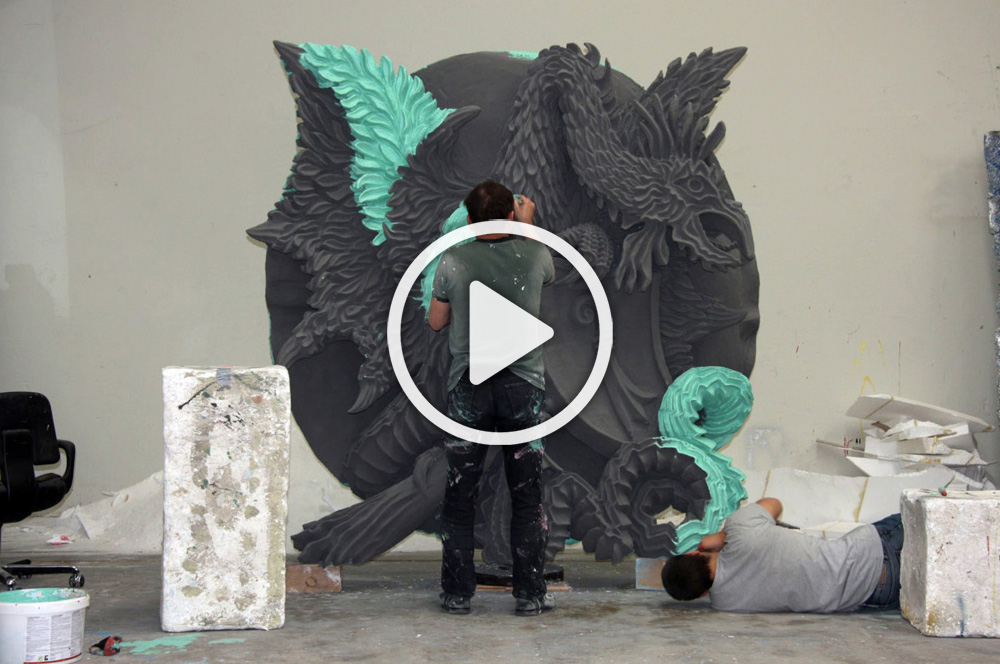 In an industrial estate in Laufen near Basel, David Pflugi has built up something one-of-a-kind: His art studio and exhibition space, the «Fusion Factory». With its approximately 4000 square metres of exhibition and working space, it can comfortably be considered one of Switzerland's largest independent cultural spaces, and dwarfs many of the country's museums.

Hundreds of works are waiting to be discovered here, from small gems to room-sized sculptures. And new things are being created every day: In addition to the highlights of nearly twenty-five years of intense artistic work, there is a rich variety of objects that are still in the middle of the process of their creation. The creation of the first three Victory Works to be tokenized can also be witnessed here, at least until they are placed in safe storage – from that point on, only token holders will be able to view them.

Various kinds of events regularly take place at The Fusion Factory, from performances to special exhibitions to concerts. It is a lively place, in a state of permanent change. It is almost impossible to visit this art venue twice and find it in the same state both times – as befits David Pflugi's works, which often change their face anew with every step.